ggiraph is an htmlwidget and a ggplot2 extension. It allows ggplot graphics to be animated.

Animation is made with ggplot geometries that can understand three arguments:

If used within a shiny application, elements associated with an id (data_id) can be selected and manipulated on client and server sides. 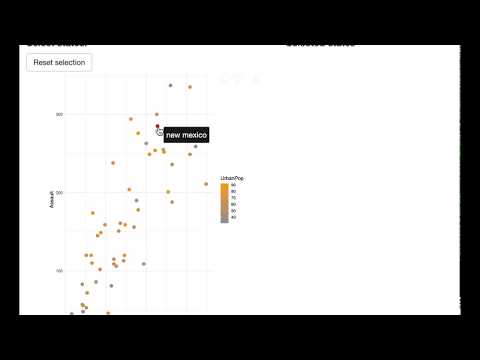 Get development version on github

Report a bug at https://github.com/davidgohel/ggiraph/issues