Generate a colorized diff of two R objects for an intuitive visualization of their differences.

Generate a colorized diff of two R objects for an intuitive visualization of their differences.

See vignettes for details, and for comparisons with standard comparison functions.

If your terminal supports formatting through ANSI escape sequences, diffobj will output colored diffs to the terminal. Otherwise, output will be colored with HTML/CSS and sent to the IDE viewport or to your browser. diffobj comes with several built-in color schemes that can be further customized. Some examples: 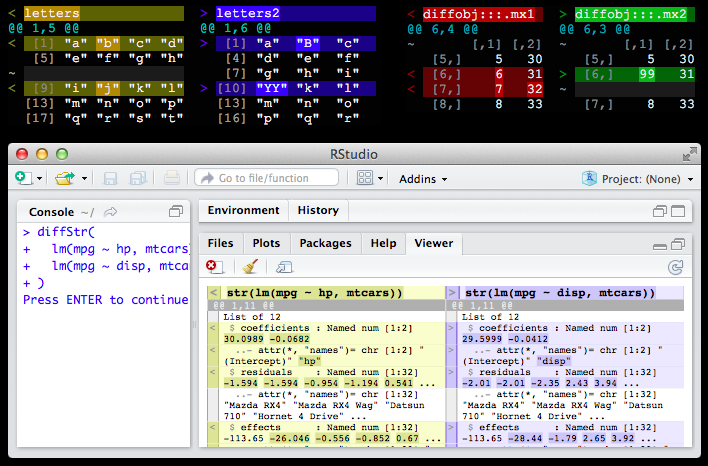 This package is available on CRAN.

This is a bugfix release.

There are also several other small internal changes that in theory should not affect user facing behavior.

Report a bug at https://github.com/brodieG/diffobj/issues