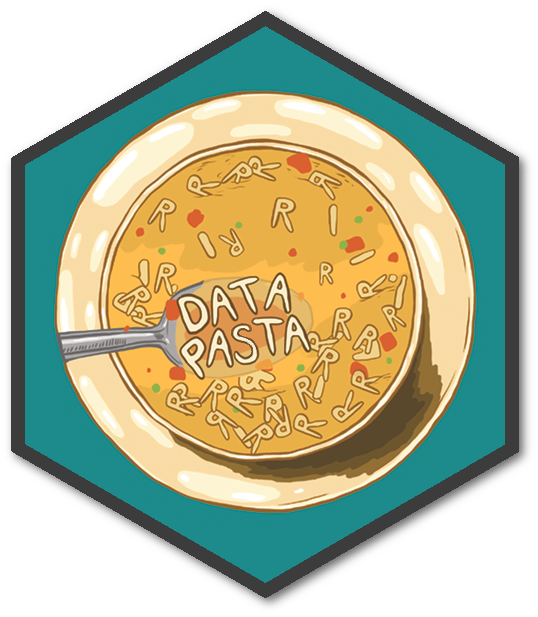 datapasta is about reducing resistance associated with copying and pasting data to and from R. It is a response to the realisation that I often found myself using intermediate programs like Sublime to munge text into suitable formats. Addins and functions in datapasta support a wide variety of input and output situations, so it (probably) "just works". Hopefully tools in this package will remove such intermediate steps and associated frustrations from our data slinging workflows.

Getting data into source

At the moment this package contains these RStudio addins that paste data to the cursor:

There are two Addins that can help with creating and aliging data in your editor:

Getting Data out of an R session

There are two R functions available that accept R objects and output formatted text for pasting to a reprex or other application:

Use with other editors

The only hard dependency of datapasta is readr for type guessing. All the above *paste functions can be called directly instead of as an addin, and will fall back to console output if the rsudioapi is not available.

On system without access to the clipboard (or without clipr installed) datapasta can still be used to output R objects from an R session. dpasta is probably the only function you care about in this scenario.

datapasta imports clipr and rstudioapi so as to make installation smooth and easy for most users. If you wish to avoid installing an rstudioapi you will never use you can use:

This package is made possible by mdlincon's clipr, and Hadley's packages tibble and readr (for data-type guessing). I especially appreciate clipr's thoughtful approach to the clipboard on Linux, which pretty much every other R clipboard package just nope'd out on.

I am interested in expanding the types of objects supported by the output functions dpasta. I would also like to eventualy have Fiddle Selection to pivot function calls and named vectors. Feel free to contribute your ideas to the open issues.

0 to datapasta in 64 seconds via a video vignette: 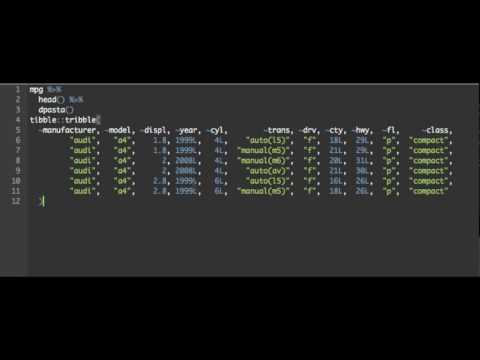 Report a bug at https://github.com/milesmcbain/datapasta/issues